Beer made from root vegetables? 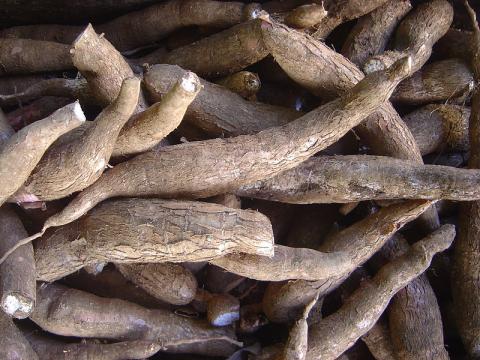 Many beer drinkers don't realize that beer can be made from more than grains. In fact, the first Europeans that settled in the United States were known to use pumpkins, spruce and other plants to make their beer (just think root beer). They used them not only for flavor, but as major components of the beer.

In Africa, many non-traditional beverages (loosely called beer), are made and it appears that the Zimbabwe government is looking to promote domestic farming and use of cassave (also called yuca in Spanish). The cassava root is being promoted to encourage farming and to help the cassava beer industry compete against grain-based beers.

Here is the completed article from The Zimbabwean:

Goods that can endanger human health, or which are considered superfluous or luxury products are subject to a “Specific Consumption Tax” (ICE). This tax, at various rates, is imposed on tobacco products, alcoholic drinks, vehicles, perfumes and other cosmetics, certain sports equipment, jewellery and works of art,  Beers made  from malt pay an ICE of 40 per cent. The government bill introduces an ICE rate of just 10 per cent for beers made from roots or tubers. This is because of plans to produce beer from cassava grown in northern Mozambique, Introducing the bill, Finance Minister Manuel Chang said that the low tax rate was intended to make the new beer competitive, and encourage farmers to produce more cassava.

This should make cassava beer significantly cheaper than beer made from malt. Chang said this is in line with the government’s five year programme for the 2010-2014 period, which envisages “the promotion and creation of agro-processing industries to make use of local resources in areas with agricultural potential”.

Cassava, he added, “is certainly one of the goods whose production and industrial use we are interested in encouraging”.

The tax rate could be revised upwards, the Minister said, after the new beer has established itself in the market.

The parliamentary group of the main opposition party, the former rebel movement Renamo, abstained on the vote. Renamo deputy Saimone Macuiana demanded to know why there were no tax breaks for bakers who use cassava in their bread, thus displaying a surprising ignorance of the current tax system.

Chang had to remind him that bread and the raw materials used to make it are already exempt, not only from ICE, but also from Value Added Tax (VAT). Furthermore the 10 per cent tax band in the government bill was not for cassava itself, but for beer made from cassava.

A further Renamo objection was that the lower tax is intended to benefit the ruling Frelimo party. “Who are the owners of these brewing companies?”, asked one Renamo deputy. “It’s them! (i.e. Frelimo). This proposal is intended to satisfy their insatiable appetites”.

“The proposal doesn’t say who will benefit from this exemption”, complained Maria Ines Martins. She suggested it would merely “fill the bellies of the insatiable”. Such statements merely show that Renamo deputies pay little attention to what is happening in the Mozambican economy. The proposal to produce beer from cassava comes from the existing Mozambican brewing company, CDM (Beers of Mozambique). Far from being owned by Frelimo, CDM is the Mozambican subsidiary of the world’s second largest brewing company, SABMiller.

SABMiller is thus the majority shareholder in CDM, with 65 per cent. It is, however, true that a Frelimo parliamentary deputy, Isidora Faztudo, is chairperson of the CDM board, and no doubt Renamo finds this highly suspicious.

CDM’s plan is to make its cassava beer at its brewery in the northern province of Nampula. Renamo should have known all of this, since CDM publicly announced in late 2010 that it was considering using local cassava to make a new brand of beer in Nampula, The Assembly also passed a second government bill, adding beer made from roots or tubers to the customs tariff schedule. Should any such beer be imported it will pay duties of 20 per cent, unless it is from another southern African country, in which case it would be zero rated under the SADC (Southern African Development Community) Free Trade Area.

This bill was easily passed by the 185 deputies present from Frelimo and the Mozambique Democratic Movement (MDM) while the 44 Renamo deputies in the chamber continued to abstain.

As always, comments are appreciated and if you like the article please promote it with one of the links below.